All dentists at Winchmore Hill Dental Practice adhere to the rules governing the profession under strict guidance from the General Dental Council (GDC)’s Standards for Dental Professionals. 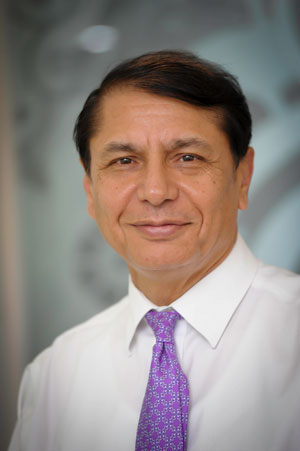 Dr Patel qualified in 1975 and brings more than 30 years of dental experience to Winchmore Hill Dental Practice. He worked at Eastman Dental Hospital until 1979, before moving into general practice. As well as being able to offer our patients specialist oral surgery, Dr Patel is an extremely experienced implantologist, having placed more than 7,000 dental implants to date. He is a Fellow of the Royal College of Surgeons of Edinburgh, a member of the British Academy of Cosmetic Dentistry and a fellow and diplomate of the International Congress of Oral Implantologists. He is an examiner for the Implant Diploma at Royal College of Surgeons of Edinburgh. His special interests include cosmetic dentistry, CEREC restorations, dental implants and all forms of oral surgery, including wisdom teeth removal, difficult extractions, all forms of gum surgery and use of laser for failing implants. 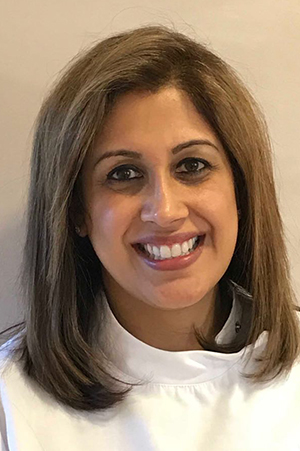 Manjeet qualified from the Royal London Hospital Dental School in 1996. She started her career in the Community Dental Service in Barnet, where her main focus was on children and adults with special needs. She gained many vital skills there, which she has found invaluable in general practice when treating nervous and anxious patients. Manjeet joined Winchmore Hill Dental Practice in 1998 and has been providing general dental services ever since. Her scope of work varies from check-ups and fillings to crown and bridge work and teeth whitening. She is a member of the British Dental Association. Dentist (with special interest in endodontics)

Dr Ramirez-Bommer received her DDS (Hons) in dentistry from UEES, San Salvador, El Salvador in 1996 – and since then she has been building her expertise and reputation in endodontics. After qualification, she worked as a Clinical Lecturer in Endodontics at UEES, combined with General Practice. After moving to the UK in 1999, she successfully completed the MSc programme in Endodontics at the prestigious Eastman Dental Institute. She has worked in many areas of dentistry but now limits her practice to endodontic treatment. She carries out routine root canal treatment, re-treatment of failed cases, complex canal anatomy, management of perforations, removal of posts and fractured instruments and surgical endodontics. Her experience also includes diagnosis of orofacial pain, management of dento-alveolar trauma, and bleaching of endodontically treated teeth. Dr Ramirez-Bommer works with the latest proven technology, which includes an operating microscope, digital radiography, apex-locator, and ultrasonics.

She is a member of the British and European Endodontic Societies and also works in a referral practice in Kent. When not working, she enjoys combining travel with photography. 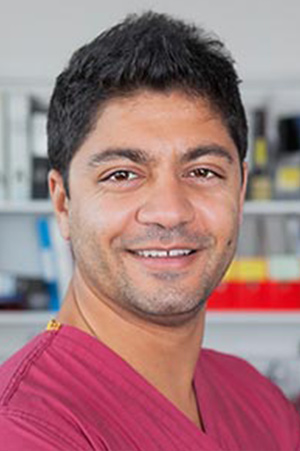 Neil graduated from the University of Bristol Dental Institute in 2008. After successfully completing Vocational Training in London, he worked as a Senior House Officer in the field of Oral and Maxillofacial Surgery at both Bart’s and the London and the Royal United Hospital, in Bath. He then spent the next three years working in general practice in London and teaching at the Royal London Dental Institute and the Royal College of Surgeons, England where he was later made an Honorary Clinical Lecturer.

Neil was accepted onto the King’s College London Specialist Training program in 2012 where he has spent the last four years training to be a Specialist in the field of Prosthodontics.

This journey has allowed him to develop the skills vital in managing a full range of dental conditions at an advanced level.

Neil routinely performs all manor of necessary reconstructive dentistry from restoring teeth with white fillings to reliably reconstructing heavily broken down teeth. His training also allows him to placing implants and restoring them, all to a highly aesthetic and reliable level.

Neil divides his time in our private practices in and around London as well as at the Royal College of Surgeons where he continues to teach. In his spare time, he maintains an active lifestyle and is particularly passionate about rock climbing, swimming and tough muddering! He also enjoys spending time as much time as possible with his family and friends and is constantly looking for his next adventure! 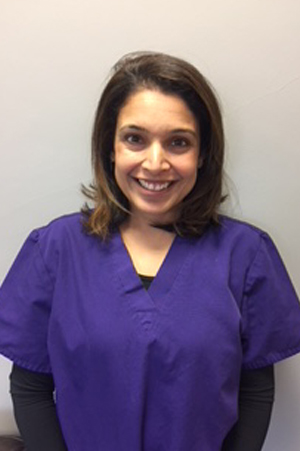 Dipa qualified as a medical doctor in 2001 from University College London. She completed her training as a GP in 2005 and has since worked in the Hillingdon and South Buckinghamshire area. She has been a partner in her practice in Beaconsfield since 2008. In 2009 Dipa achieved the Certificate in Dental Sedation and Anaesthesia from the Eastman Dental Institute and developed a special interest in dental sedation. She provides her sedation service to a number of practices across London and the home counties.

In addition, Dipa is a qualified and practising trainer of GPs and is extensively involved in postgraduate training of doctors in the South Bucks area. She has an interest in the training of doctors in medical emergencies and has recently extended this to local dentists. Dipa lives in Buckinghamshire with her husband and two young children. She is a keen cook and enjoys cycling with her family. 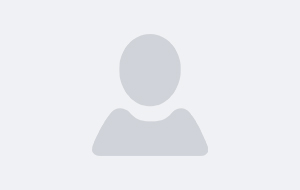 We are a Diamond
Member of
Dentists Near Me

We are closed between 1-2pm for lunch.